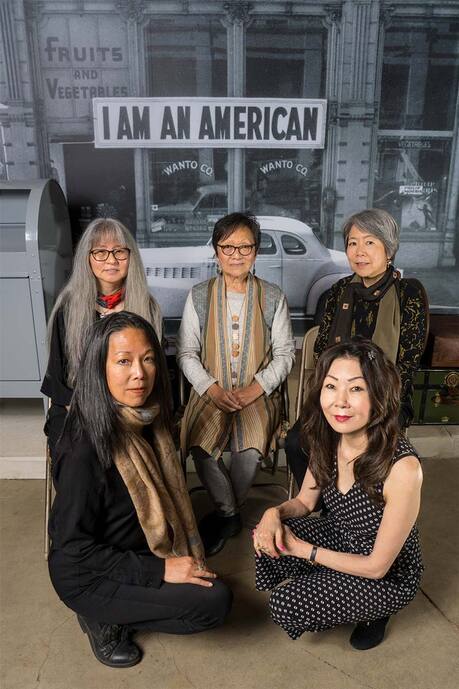 Clockwise from top left: Reiko Fujii, Ellen Bepp, Shari Arai DeBoer,
Kathy Fujii-Oka, Na Omi Judy Shintani
Photo by Bob Hsiang
Our Mission Statement​
​As artists, we advocate for equity and justice for all, today and into the future. Our unique artistic expressions remember and share the legacy of historical injustices and connect them to today’s social issues.
​
​
Our Story
In April 2018, five San Francisco Bay Area artists, Shari Arai DeBoer, Ellen Bepp, Reiko Fujii, Kathy Fujii-Oka and Na Omi Judy Shintani, came together with a common history – they were all descendants of family members who were unjustly imprisoned in American concentration camps during World War II. They were about to embark on a journey to the Manzanar WWII incarceration camp where they sought to learn more about the unjust history that connected them. These third generation Japanese American artists (sansei) came together with a desire to honor their ancestors who had endured this tragic injustice.  They drove more than 8 hours from the Bay Area to the Manzanar Camp located at the foot of the Sierra Nevada in California's Owens Valley.

That weekend marked the anniversary of the 49th annual Manzanar Pilgrimage with attendees converging from many points near and far. The artists’ intention was to connect, share and learn from the many Pilgrimage participants.   They listened to an impressive and diverse range of speakers and joined in both solemn ceremonies and uplifting festivities. They toured the grounds of the camp, where they personally and collectively connected to this shameful period of US history.

The artists were also prepared to perform their own personal rituals of ancestral remembrance and artistic expression.  Prior to the trip the artists collaborated on developing the specific content for this day to best honor the spirit of their culture.  This included a pre-dawn installation of memorial paper lanterns, an honoring ceremony to the cardinal directions and the land of the original indigenous peoples and finally reciting the names of their loved ones using pine branches, creating a unified symbol honoring their relations and ancestors.
About Our Film
After the artists returned from their travels, the recorded documentation became the foundation for their film “Sansei Granddaughters’ Journey” (2020, 27 min). As the film developed, historical context and the artists’ art work were added to enhance the story of their journey. 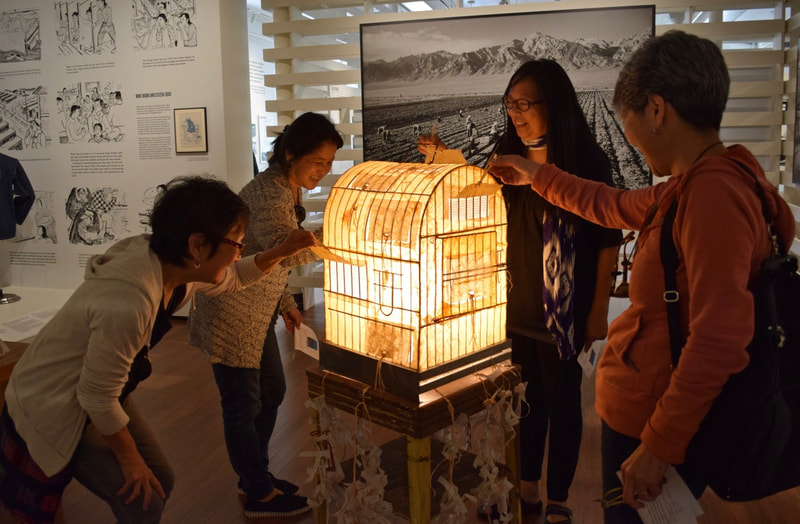 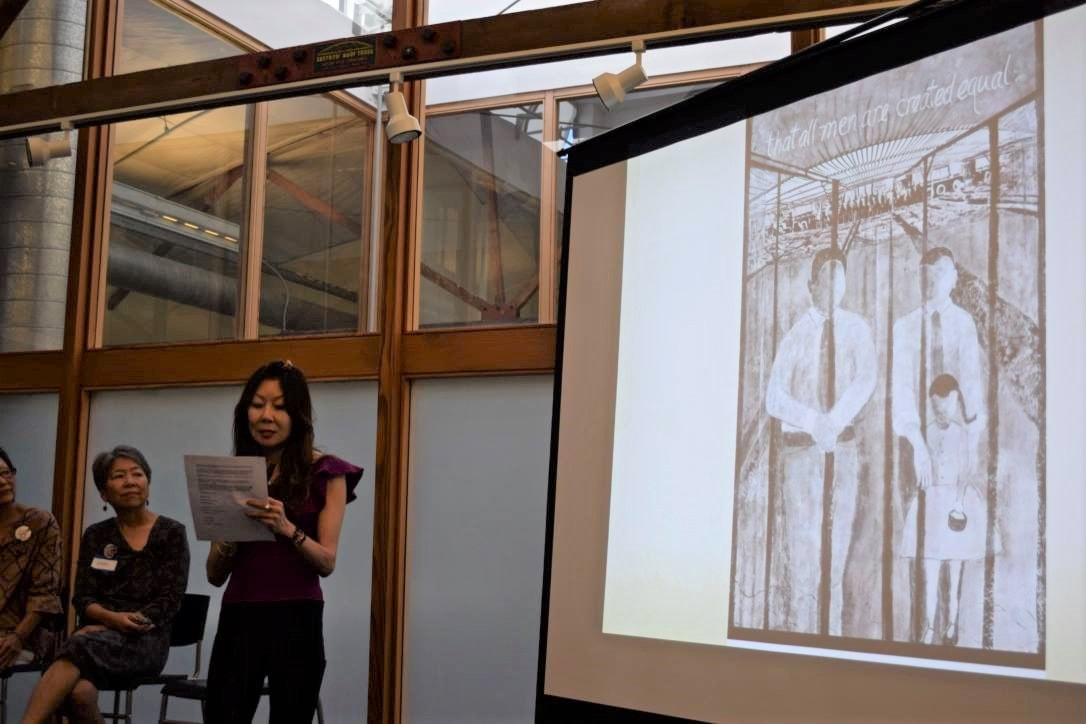 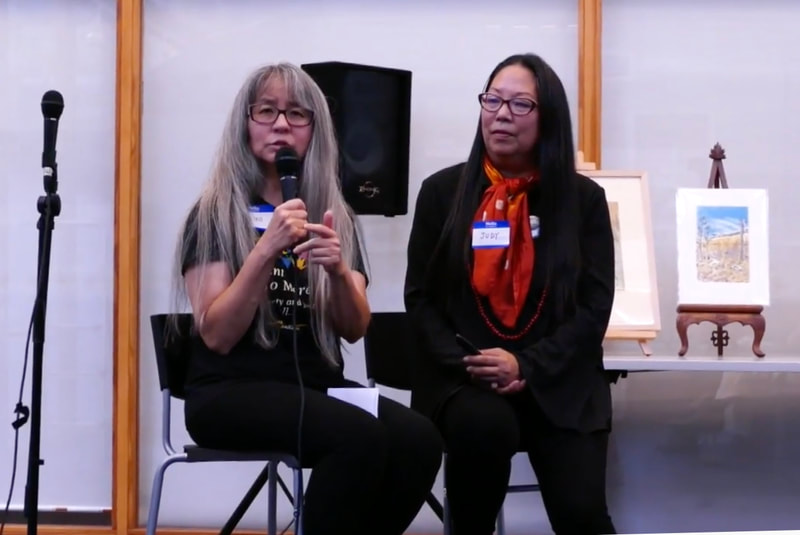